The espistles: A revelation of you 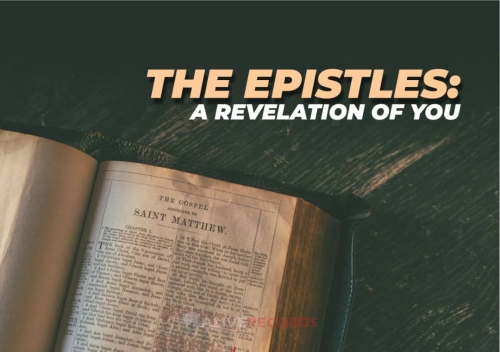 Once, I was discussing the Scriptures with a Christian leader many years ago. I quoted a portion of Scriptures he wasn’t familiar with, and startled, he asked me, “Where did you get that from?” When I showed it to him from the Epistles, he was amazed. He had never known it, having never majored on the Epistles.

It’s the same with a good number of God’s people; they’ve never majored on the Epistles. In fact, some of them see the Epistles only as letters to the churches, but they’re more than just letters.

It’s the same way some people see the gospels of Matthew, Mark, Luke and John as mere historical books of the New Testament. No! They’re the revelation of the man, Christ Jesus.

When you study the gospels, you’ll come to the conclusion that Jesus is alive. His words are as alive today as they were back then when He spoke them.

When you study the Epistles, you discover you. For instance, there’s not a single place in the Epistles where the Christian is asked to have faith. Rather, they let you know that you already have faith: “…according as God hath dealt to every man the measure of faith” (Romans 12:3).
This is a true picture of who you are; you’re a man or woman of faith! The Epistles are the album of the new creation. Give attention to them.
Study and meditate on the truths therein and live accordingly.

Excited about his return
Admin
1

His life in you
Admin
1

Jesus of Nazareth: The only true God
Admin
1
x